Should MLB Impose Weight Limitations on its Players?

I love baseball as much as any other person does but there is a serious weight problem, which seems to be affecting many of today’s players.

For example, when today’s sports heroes are so overweight and can hardly take first base, there is clearly a negative message being ignored. 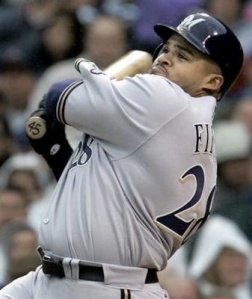 Too fat to play

How can we set so many conditions for the teams to meet and yet allow obesity to be so prevalent within the leagues? I mean they used to go crazy back in the day when “Refrigerator” Perry of the Chicago Bears weighed too much and would be huffing and puffing on the field.

Why not do the same for baseball?

While it is true that you can sometimes be healthy and overweight, but that most certainly won’t last forever. Soon most of the obesity-related conditions such as Diabetes, Cancer and Heart Disease would set in.

While all these men are great players, they do have a responsibility to set a good image for their fans.

Being from Chicago, I used to watch Bobby Jenks when he was with The White Sox and the man could hardly make it from the dugout to the pitchers mound.

So why not take some of the millions of dollars paid out and show them the way to use some great resources like Weight Watchers, Jillian Michaels, or even living by the Fitness Guru Tony Horton of P90X.

If these guys can make it to the major leagues, then they certainly can work on their own diets as well as doing something about their weight.

Either that, or address their struggles publicly to help others know that they are not alone.